What is the necessary and constructive role of failure in helping founders achieve startup success? 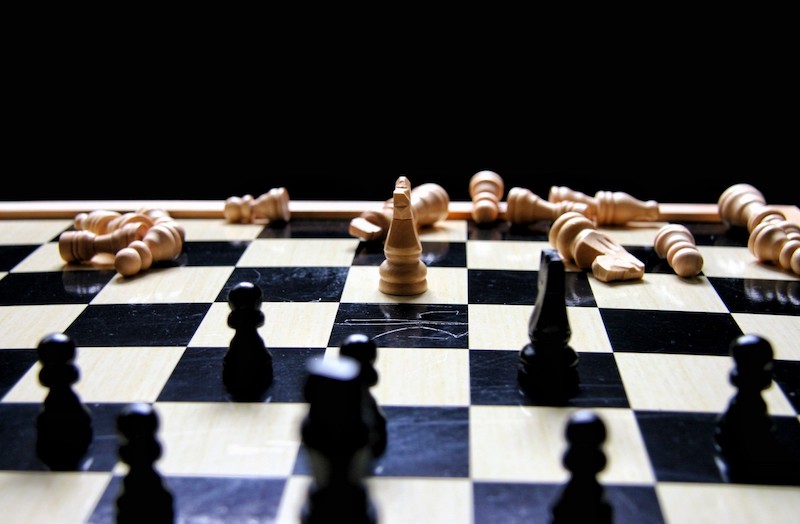 I recently penned the article below for Business Report. It delves into the necessary and constructive role of failure in helping founders achieve startup success. The piece reflects some of the existential business issues I’m tussling with as the team at African Tech Round-up goes about testing new product ideas and engaging potential investors.

During the past month or so, two fairly promising​ African startups have announced that they’ll be shutting down. First, there’s Afrostream, the video-on-demand service founded in 2014 by the Cameroonian, Tonjé Bakang. Afrostream stopped signing up subscribers on September 13th. Then there’s GoMyWay, the Nigerian ride-sharing platform that was launched in 2015 by Damilola Teidi. GoMyWay is reportedly set to wind down completely come the end of October.

Afrostream will cease operations in France, the United Kingdom, Belgium, Luxembourg, Switzerland and in twenty-four African countries including Benin, Burkina Faso, Cameroon, Congo, Gabon, Guinea-Bissau, Senegal and Togo. This development comes in the wake of distressing period of gradual demise that Tonjé Bakang chronicled in excruciating detail in a Medium blog post written in French. It was subsequently translated to English by Audrey Lang and published by OkayAfrica.

In his open letter, Bakang pretty much walks readers through the graveyard of his four-year Afrostream journey, pointing out where all the ‘bodies’ are buried. ​Ultimately​, he​ failed to convert an inspired vision (delivering “the best black films and TV shows” to a Pan-African audience), valuable Y Combinator insight and network access​,​ and subsequently​ $4 million of investment into a successful streaming business — facts he completely owns. It turns out that the final nails in Afrostream’s coffin w​ere​ Bakang’s inability to convince new and existing investors to bankroll further runway extensions, and failing to close a deal with several potential buyers.

Meanwhile, Damilola Teidi founded GoMyWay on the premise that Nigerian private car owners with spare passenger seats would cheerfully let riders headed in the same direction hitch a lift with them. Teidi’s venture was not only backed by the likes of former Konga CEO, Sim Shagaya and e-commerce angel investor, Bill Paladino, but also reportedly supported by Nigeria’s Co-Creation Hub community.

By the time the company celebrated its first birthday in mid-2016, they claimed to have 4,000 users signed up and boasted helping passengers in 20 Nigerian states and landed 30,000 rides via their app. Since then, GoMyWay claims to have tripled the number of users and to have facilitated 106,630 rides. Yet, despite this progress, the company’s investors have decided not to furnish the company with further funding — fuelling speculation that GoMyWay’s model was ultimately deemed unsustainable. According to reports, Teidi and her founding team prioritised growing the platform’s user base over doubling-down on monetisation efforts. And now, with sign-ups switched off, the startup has told users that their customer support department will keep providing routing services until the end of October.

Here’s the thing. I couldn’t be more proud of Tonjé Bakang, Damilola Teidi, and their respective teams at Afrostream and GoMyWay. I reckon that as entrepreneurs, they validate the notion that African founding talent is truly world class. However, it’s their audacity that I most admire.

Think about it. Bakang set out to capture the loyalty of an underserved customer segment that lay within the confines of a super-competitive streaming market. We’re talking a well-defended industry dominated by international rivals like Netflix, and by increasingly confident African startups like IROKO — the former reportedly spending something like €33 million on marketing alone in the first year they launched in France (reportedly Afrostream’s most important foreign geographic market). That tidbit should put into proper perspective, how very little the $4 million Bakang managed to raise over four years actually is. Yet, I would hazard that many of the the platform’s ardent fans might vouch for the fact that in using Afrostream’s service, they never sensed that Bakang might be running a business with such an extremely unfavourable competitive position.

Similarly, in hindsight, Teidi and her team at GoMyWay probably never actually stood a fair chance against “too-big-to-fail” rivals like Uber and Taxify — who appear as intent on patiently wearing out innovative upstarts who burst on the scene, as they are committed to outpacing challengers in terms of user and revenue growth. The race towards achieving global ubiquity within ride-sharing is brutal.

I have argued before that Africa produces a unique breed of entrepreneurs. Founders here need incredible stamina to “make it work” never mind succeed. Happily, more and more stories are surfacing to help us all appreciate that African talent, resilience and sheer entrepreneurial pluck is not the exception here, but the norm. That’s why I’m inspired by the painful, yet strangely graceful demise of Afrostream and GoMyWay. These two startups were clearly founded by individuals who were willing to face up to profound uncertainty — refusing to let impossible odds abrade their idealism or sidetrack their sense of mission.

I am especially inspired by Bakang’s transparency in taking the time to explain how and why, despite everything Afrostream appeared to have going for it, failure happened anyway. As the firm’s founder and chief executive, he was certainly obliged to offer his team and users of his platform a decent explanation for why they were closing shop, but I reckon that his open letter is in fact an unnecessarily generous gift to the continent’s tech ecosystem​,​ for which we should all be grateful.

So, while Andela stays winning following the successful close of a $40 million Series C investment round led by CRE Venture Capital, my heart is warmed as I sense that Africa’s tech community is slowly learning to value losing as much as winning, and coming to acknowledge that there’s no a​ttaining​ success without both.

This article was first published in Business Report.