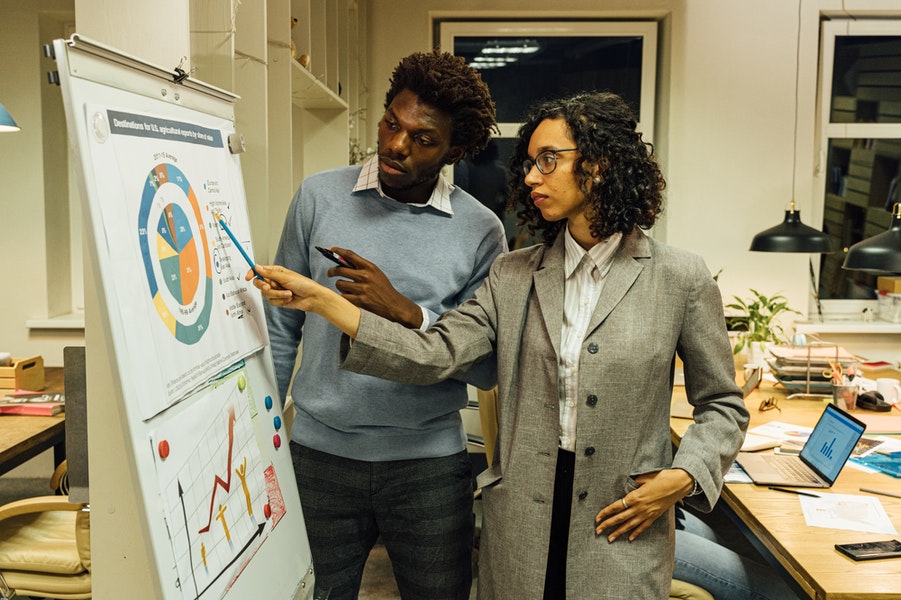 Early this year, South African journalist and data visualisation expert Alastair Otter decided to take “a leap of faith” and quit his job with an international journalism support organisation to focus on his start-up called MediaHack Collective.

Otter co-founded MediaHack, a data journalism and visualisation start-up, in February 2020. And after a faltering start largely because “there wasn’t really a market for a lot of what we were doing,” the coronavirus pandemic offered an entry point into mainstreaming data visualisations when they started a dashboard tracking Covid-19 infections in South Africa.

“The dashboard was started in March 2020 and has been running for more than two years uninterrupted,” says an introduction to the reporting tool on the MediaHack website. “Nearly five million people have used the dashboard, most of them on a daily basis since its launch.”

As greater numbers came to appreciate MediaHack’s effort, it called for an increase in the organisation’s staffing numbers to serve the increased demand for their content.

“What we have seen in the last year to year-and-a-half is a lot more talk about the work we do around data journalism or any other kind of data visualisation,” he said. “There is definitely an increase from a wide range of organisations, from what would be the more traditional non-profit sector… all the way through to larger publishers.”

Otter’s decision to dedicate all his daily professional commitments to MediaHack now brings the number of full-time staff at the organisation to six. They work with a part-time consultant to offer a series of services that include data collection and analysis, data visualisation and training.

“At some point, it was clear that I had to make a decision one way or the other and, as one of the owners of the company, MediaHack had to be the priority at some point,” said Otter of his decision to give precedence to his start-up. “MediaHack needed [more] attention. It is very hard to manage an organisation with six staff part-time, and the work was piling up. It was very hard to balance managing the company, do the work and work with [his previous employer].

Otter is one of a growing crop of data journalism start-up founders in Africa who is benefitting from a fresh appreciation of figures in reporting – and beyond.

In Nigeria, Joshua Olufemi stepped away from the Premium Times Centre for Investigative Journalism (since renamed the Centre for Journalism Innovation and Development) in 2018 to set up Dataphyte, with the main goal of filling a “lacuna in data accessibility” by doing more data-driven storytelling.

“Dataphyte was born out of a need to fill the lacuna in data accessibility, especially in formats that support governance, policy analysis, and accountability work in Nigeria,” says the organisation of its mission. “Without doubt, policy and development planning is currently based on outdated datasets and often extrapolated estimates. As an intervention, Dataphyte was launched to provide the accountability and policy sectors with cleaner, analysed, easily accessible and useable data to drive democracy and development in Nigeria.”

In an April 21 interview, Olufemi said that once they set out to tell data-driven stories, which have been recognised nationally and regionally in West Africa, they spotted a skills gap among other journalists that needed bridging.

“We realised a number of journalists across Nigeria [were] making efforts to do data-driven reports but lacked both the capacity to source and to liberate the data needed to power their investigative, solution or fact-checking stories,” he said. “We decided to build that go-to data resource platform for journalists to find data or request for data they would need to contextualise or drive their stories.”

Eventually, Dataphyte built an open data portal that serves journalists beyond their newsroom. They are also currently in the process of building a platform called GoLoka, whose goal is to crowdsource data reports (stories) and research for media and other organisations.

MediaHack has walked a similar path. They are providing well-researched tips, tools, and resources for any individual who wishes to spruce up their data journalism skills.

In 2021, MediaHack also set up The Outlier, a publication through which they could publish data stories about Africa and South Africa. Today, the Outlier is home to a host of MediaHack’s data tools including their South Africa Covid-19 Vaccination Tracker, Unemployment Tracker and Municipality Tracker.

To provide all that information in one place for their followers, Media Hack published a bi-monthly Outlier newsletter with their latest data stories as well as data tips and tools.

And, unlike most journalism start-ups that operate as non-profits, MediaHack has chosen to plow the for-profit field, which is a further testament to their belief that the data journalism terrain is fertile enough for interested individuals and organisations to pay for their products.

“We try to do a lot of work about trying to talk to individual readers, respond to everyone and look for ways to get feedback because at the end of the day if we create something that is useful for people, it is realistic to expect them to pay,” said Otter.

MediaHack has also entered a partnership with Africa Data Hub, an organisation set up to “provide newsrooms across the African continent with expertly sourced and created, ready-to-publish health data visualisations.” Together, they are offering fellowships and tailored courses geared at helping reporters and editors improve their data journalism skills.

In a sign that Africa is in the midst of a data journalism boom, there are several other data portals that are partnering with journalists and media organisations across the continent to help them diversify their storytelling methods. They include the following:

For many ordinary journalists in different parts of Africa, the fact that organisations like those listed above are freely sharing data journalism knowledge that was previously out of their reach is bound to be a professionally life-changing dynamic. For instance, on May 23 Code for Africa organised a virtual #HacksHackers Kampala meetup at which Stephen Dokhare, one of its data analysts, shared basics on how to use cutting-edge data gathering tools.

Dokhare demonstrated where Code for Africa collects its data and how they clean it, urging journalists in the East African countries to use similar skills to comb for data from the many local, regional, and global institutions that often gather data that can be useful for data journalists.

Similarly, Code for Africa has set up a reporting tool called Pesa Yetu, which journalists in Kenya can use to generate data that they can use to hold their government accountable.

Such tools, according to Otter, can be useful for any journalist who is keen to ask the right questions, including those who have an inherent fear of numbers.

[Being a data journalist] is not different to being a journalist. What you are doing is asking data the questions, instead of a person,” he explained. “What that means is we work with the data first and foremost, we look at a situation, we assess the data and if need be, then we will talk to somebody, an expert or somebody else who has got something to do with it. But we go asking them questions based on the insight we already got from the data. We aren’t going to say, ‘what do you think of this?’ We are saying, ‘how do you explain this situation? How do you explain the way this has changed?’ It makes us better journalists because we are able to ask more informed questions because we have actually looked at the data.”

How Africa Data Hub is promoting data journalism in Africa