As Zimbabwe’s economy sunk, journalist Zenzele Ndebele rose to the occasion with CITE 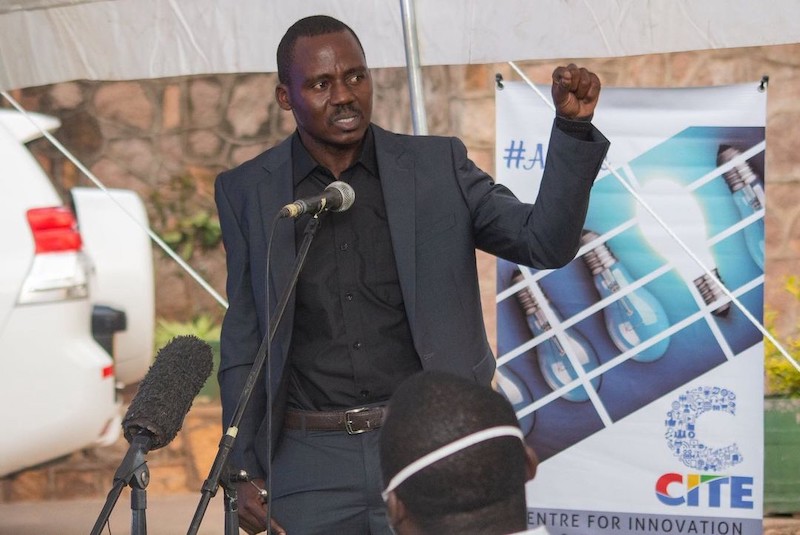 In 2016, Zimbabwe’s economy was in shambles. So derelict was the financial system that the Reserve Bank of Zimbabwe at the end of that year introduced bond notes as a local surrogate currency, corresponding in value, to the US dollar to fix the severe currency shortage upsetting the southern African economy.

That year returned sordid memories of the 2008 hyper-inflation that ravaged the savings and incomes of Zimbabweans, a nation once hailed as the continent’s food basket.

On the political front, the country’s ruling party, Zanu-PF, and its leader since 1980, now deceased, Robert Mugabe, were doing everything under the sun to consolidate their grip on power. Never mind the fact that internally, the center could hold no more and Mugabe’s days at the helm were numbered.

A messy political arena meant shrinking civic space, suppression of dissenting voices, and heightened media censorship. Reports from different human rights watchdogs such as Human Rights Watch depicted a nation whose observance of human rights had been sacrificed at the altar of the political goings-on in Zimbabwe.

And yet, despite this sorry situation, some journalists saw an opportunity to stand out. As others fled to South Africa, Europe, the United States, and other ‘greener pastures’, journalists like Zenzele Ndebele pressed the next gears and opted to fight the good fight right there: home.

It is against this not-exactly rosy background of anxiety, socio-political turmoil, and economic devastation that the Centre for Innovation and Technology (CITE) was born. CITE is a digital-based organisation and creative hub that deploys new technologies and art to support social movements, civil society including women and youth organisations, journalists, talented change-makers, and innovators with a special focus on marginalised communities in Zimbabwe.

At the core of CITE, Zenzele notes, “is the notion of cyberspace that has become the backbone of the organisation’s programs and activities. The cyberspace is underpinned by digital technologies that support social accountability, democratic governance, and freedom of expression through the dissemination of untold stories and news articles.” To that end, CITE uses Facebook, Twitter, YouTube, microblogs, and other social media platforms to circulate its work.

In 2018, CITE inaugurated a programme called Asakhe (let’s build), a creative hub that adopted an open space approach for young people, journalists, activists, and artists to meet, collaborate and use the internet at no cost. Ndebele describes it as a safe place for young women to hold workshops and discussions on issues affecting them. Through this forum, Zimbabweans have space to promote accountability, transparency, and good governance. CITE’s mission is to keep Zimbabwean citizens informed, hold public authorities to account, and enable public conversations through online and offline innovative platforms.

But there is a backstory to this nonprofit company that deserves mention. Ndebele is the central figure of that story. In 2002, the journalist worked with a community radio initiative called Radio Dialogue FM. At that time social media was not present in Zimbabwe. There were 4.81 million internet users in Zimbabwe in January 2020 and internet penetration stood at 33% in January 2020. Social media penetration in Zimbabwe stood at 6.6% in January 2020 while mobile connections averaged 12.18 million around that time. Despite its cocktail of challenges, Zimbabwe is a country on the move and the digital revolution is not leaving it behind.

In an interview with Jamlab, Ndebele shared that with the passage of time, he grew ever more bored and tired of radio. The memo he sent himself was, “with the advent of social media, it will become a natural progression that as long as people have access to social media, information will be shared in that space more than the traditional media space.” In 2015, he mobilised like-minded media practitioners and the product of that effort is CITE. A year later, the company was duly registered. What started as a lean team of four is now a formidable community of professionals numbering 25 and still counting.

As the team got bigger, the scope of the company narrowed to what they were more passionate about and the emphasis went to answering the question: what are we doing differently and how do we do it differently? The kind of recipe that innovators are made from.

First, the team was not going to rewind the wheel. The economic challenges affecting traditional media are now a common tale. So, to navigate around the cost implications of journalism in a changing world, the crew at CITE zeroed in on the less expensive and yet, probably more effective mechanism — social media. But then they didn’t want to be any other Facebook account, Twitter account, or YouTube channel out to bait readers and viewers into clicking their links. The content, in terms of quality and thematic focus, had to be different too. Lastly, there had to be clarity and a meeting of minds from the onset of what gap they were exactly filling in the market.

It became abundantly clear that if CITE focused on community stories, which don’t seem to attract substantial attention and investment from legacy media, they would make a difference. They did and it is paying off.

Then there are historical pieces close to the hearts of communities. They gave that a try too and the public’s response was flattering. One such story that stands out is an anniversary piece that the company did on Lobengula Khumalo who was the second king of the Northern Ndebele people. Both of his names in the Ndebele language mean “the men of the long shields”, an allusion to the Ndebele warriors’ use of the Zulu shield and spear.

The king died in early 1894, against the backdrop of the first Matabele war that started in October 1893, wherein the British South Africa Company’s crushing military force caused immense losses to the Ndebele warriors, especially the Battle of the Shangani. There is a lot of fascinating history in there that resonates with the aspirations of the Ndebele and speaks to their existence as a people.

“But such stories hardly got significant coverage by the media so we go for such stories,” Ndebele said.

Through such stories and others that explore and expose the daily struggles of communities for basics of life like water, shelter, access to healthcare, and education, CITE announced its arrival on the scene and found itself a place in the hearts and minds of Zimbabweans.

We choose whose advertising money we take, and especially limit ourselves to those who uphold human rights

The Facebook page boasts a community of 350,000 people interacting and receiving or giving information. On a weekly average, 2.5 million Twitter impressions and some YouTube videos, especially those with historical features, fetch up to 50,000 visitors.

Despite their presence in the digital space as the mainstay of their journalistic output, the company has remained loyal to its core content focus: stories about and from rural areas even though they undertake investigative story projects on other issues of national importance. That flexibility without losing sight of the core has seen the outfit delve into emerging practices like fact-checking to debunk myths around, for instance, the Covid-19 pandemic.

To fund their operations, the entity, Ndebele says, “approached the usual suspects; embassies, foundations and organisations like the National Endowment for Democracy.” As of December 2020, the company’s annual budget stood at US$800,000. Ndebele says they hardly accept adverts from, “people we don’t agree with. We choose whose advertising money we take, and especially limit ourselves to those who uphold human rights.”

To avoid over-reliance on donor funding, the company raises revenue for its operations from other activities, including live-streaming (for a fee) events of other companies, organisations, and individual clients, consultancies, and documentaries.

And that is how a journalist and his colleagues, who would have opted to sneak into nearby South Africa to try his trade there or simply hustle on the street like thousands of Zimbabweans do on the alleys of Johannesburg and Pretoria, chose the path of unpredictability, a world where results don’t come quick and fruits take long to ripen.