No matter what tactics are used to muzzle, restrict, limit, or censor information, trustworthy information that serves the public good can still find its way to those who matter most: the citizens 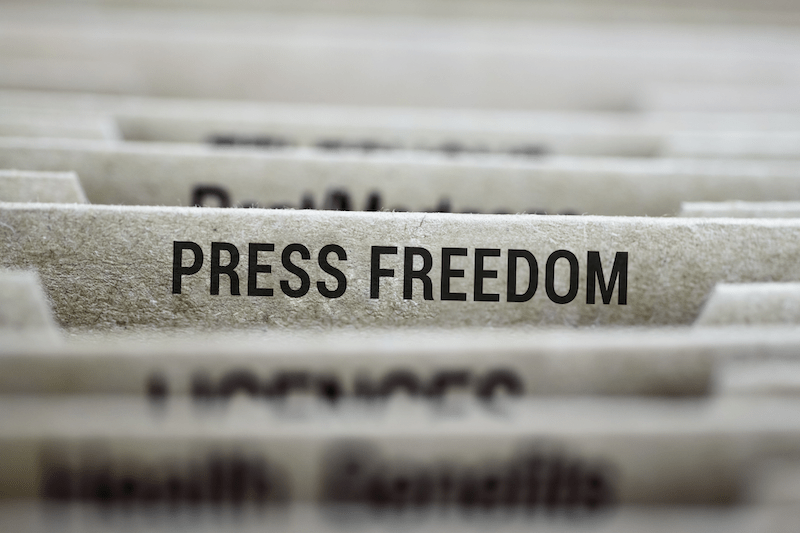 As we mark World Press Freedom Day 2021, let us remember that 2020 was terrible for the press in many parts of the world.

Reporters Without Borders reported that 50 journalists from around the world died in the course of duty. Their deaths were linked to investigative stories about corruption, misuse of public funds, organised crime, and the coverage of protests.

These assaults on press freedom occurred within the COVID-19 pandemic, which compounded existing problems.

In Kenya, the first COVID-19 case was announced in March 2020. Since then about 600 journalists have been retrenched. Many have endured pay cuts, and others long delays in salary payment.

A September 2020 report published by Article 19, a human rights organisation that promotes freedom of expression, indicated that at least 48 journalists had been attacked or restrained from doing their work during the pandemic.

The various reports and rankings measure the degree of freedom available to traditional journalists working in established media outlets. They show that mainstream media houses have been hardest hit by these challenges.

This has opened up space for other media workers to report the news and create content. There is an emerging group of citizens, activists, experts, and independent journalists who have become an alternative source of credible, useful information.

In these difficult times, this is refreshingly good news.

This year’s World Press Freedom Day theme — Information as a Public Good— provides an opportunity to appreciate this wider range of voices.

Even though Kenya ranked 102 out of 180 countries on the World Press Freedom Index, there has been an emergence of voices in the digital space who are speaking truth to power without many of the documented constraints faced by mainstream journalists.

However, audiences take on the burden of assessing the credibility of information that does not necessarily go through traditional verification processes.

Pundits are airing talk shows on YouTube to analyse and dissect the political landscape without limiting themselves to strictly government or official sources. Activists are using social media to fight Kenya’s inefficient electricity provider.

Academics are taking advantage of new media platforms to teach, debate and interact with both academic and non-academic audiences.

Satirists, parodists and cartoonists have not been left behind. They are using digital media outlets to share animations and cartoons that keep leaders accountable. They also encourage citizens to participate in issues of governance. And environmental and civil society organisations are using the global reach of websites to promote green energy locally.

Many of these voices do not aspire to be as objective as the traditional press. They often have an agenda. Some of their agendas include fighting impunity or corruption, exposing injustice against the poor and marginalised, promoting deeper citizen engagement in governance, and creating political understanding.

Despite being unapologetically agenda-driven, they are dismantling the notion of the traditional mass media — television, newspapers, and radio — as the primary or only sources of information that is in the public good.

The newer voices may not be included in journalism ranking lists but they also face their own particular challenges to their freedoms of speech and expression.

Their voices and views are stifled or limited through legislation, disinformation and censorship campaigns, internet shutdowns, new tax regimes, and content and revenue-generation restrictions from social media companies.

Thus, despite the emergence of new voices in the digital space, Kenya is nowhere near an ideal situation when it comes to press freedom.

Generally, the mainstream press should be able to operate independently, sustain itself financially, and share information for the service of society.

Its normative role — widely espoused as being to serve the public good — is often interfered with by heavy-handed political and economic systems that limit the independence of media houses and individual journalists. That is a disservice to the citizens.

The rankings help to show the range of challenges that deny Kenyans quality and untainted information from the traditional gatherers and sharers of news.

But the alternative voices also give hope that no matter what tactics are used to muzzle, restrict, limit or censor information, trustworthy information that serves the public good can still find its way to those who matter most: the citizens.