Arrests, assaults and threats: the daily ordeal of journalists in West Africa 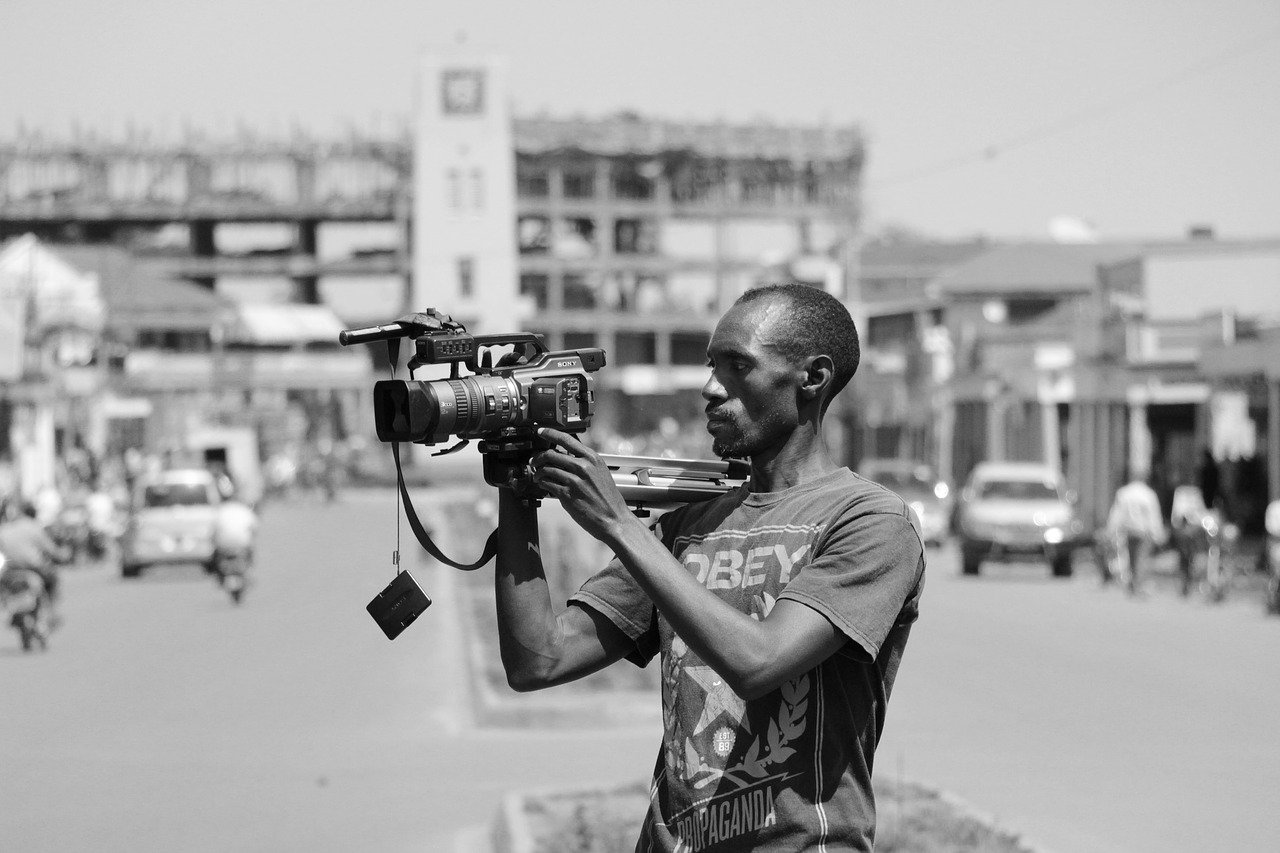 The media’s ability to function effectively as the fourth estate is hooked firmly on the maximum cooperation it receives from the different entities within society at whose service it operates. But the media also faces enormous challenges in the performance of its duties. In most West African countries, journalists face threats, assaults, and arrest on a daily basis. It is interesting to note that perpetrators of crimes against journalists are not just politicians but citizens and even security personnel who are supposed to ensure law and order and provide protection for all. Between August 2020 and February 28, 2021, the Media Foundation for West Africa (MFWA) documented assaults on journalists and media workers in Ghana, Senegal, and Nigeria by security officers for filming their activities, and said at least 20 journalists were involved. This worrying development threatens press freedom and democracy in the sub-region.

Ghana is relatively safe for journalism practice although the country is gradually staining its enviable record with preventable incidents including threats and physical attacks on journalists.

Beyond being the first country to attain self-rule in Africa, Ghana has weaved itself through different governance systems and made strides to stabilise democratic rule since 1992, a quality that has credited the country as a model of democracy on the African continent. At the core of this historic feat is a vibrant media, whose role has been indispensable to the sustenance of democracy up to today, and thus, the need for them to work in a safe environment should be sought.

Ghana was ranked 22nd on the 2015 World Press Freedom, which placed the country in the “free” category (Reporters Without Borders, 2015). By the close of 2016, Ghana’s media freedom status worsened to 26th in the same ranking index. Ghana currently occupies 30th place in the 2020 World Press Freedom Ranking, losing three places compared to 2019.

Recently, concerns have been raised in Ghana about the spate of assault and intimidation against media practitioners, and this action appears to hinder the independence, growth, and development of the media.

A lot of these brutalities have happened in the past. In 2019, Hajia Fati, a supporter of the ruling party, the National Patriotic Party (NPP), assaulted a female journalist with Ghanaian Times, when the reporter was discharging her duties. Two years ago, a TV reporter, Godfred Tanam was assaulted by thugs of the ruling party while on official duty. In 2018 again, two journalists with the multimedia group, Latif Iddris and Kwesi Parker were assaulted by police officers at separate events while discharging their duties.

On January 15, 2021, a group of private guards assaulted a news crew from Kumasi-based LUV FM at a suspected illegal mining site at Manso in the mineral-rich Ashanti region of Ghana. On the orders of the operator of the site, some military personnel suspected to have been privately engaged by the miner seized the camera and personal phones of the journalists and deleted all the recordings. These are just a few instances of such brutalities against journalists and are lingering and escalating, thereby threatening freedom of media and expression.

In conversation with many Ghanaian journalists, some expressed fear of reporting on certain issues and groups.  Others say they have overlooked certain stories because they were denied information when they seek from state agencies.

“I have not been a victim of any brutality, but I know some victims and have read the accounts of others which makes me believe that a lot needs to be done to safeguard the safety of journalists,” a journalist with the New Times Corporation said.

He expressed his disappointment about the fact that despite the brutalities, no one has been prosecuted. “A 2019 report by the Daily Graphic [newspaper] revealed how attacks on journalists by military and other security personnel over a period of about four years had not seen prosecution. This is scary and threatens critical journalism,” he said in frustration.

“I am aware that the government has set up an office for the coordinated mechanism for the safety of journalists.  Until we see a change in how attacks on journalists are handled, it only becomes another item on the checklist to score points in the media freedom index,” he added.

According to him, although journalists have a responsibility to be factual and ethical in the discharge of their duties, their safety is paramount even if they err because the country is governed by rule of law which presents aggrieved people avenues for redress including the National Media Commission and the courts.

Introducing yourself as a journalist in Nigeria, especially to people in power, has a way of instantaneously changing the mood of a place. More so, if you are one who has a track record of being critical in your reportage. This has often led to journalists being attacked for doing their jobs diligently or even the perception that they will cause some harm with their reportage.

As a Social Change Journalist who anchors a widely listened to socio-political radio programme in South​-East Nigeria, George Natural Onuorah says he has experienced several threats of death. From random threats to his life from listeners who are unhappy that he had the temerity to treat an issue without being biased in their favour, to security operatives being on the edge when he introduces himself as a journalist, down to government policies clearly aimed at stifling free press. All of these, he said, make the job rather strenuous.

“To paint a more vivid picture, following clashes in Orlu, Imo state, between the Eastern Security Network operatives of the proscribed Indigenous Peoples of Biafra (IPOB) and Nigerian security operatives consisting of the police and the army, I decided to go investigate and report the story. On getting to the hotspot where several people and security agents had reportedly lost their lives, we had to pass through several security checkpoints where we were harassed by the policemen there. Despite being in a branded vehicle, having identified myself and stating the reason we were there, one of them accused us journalists of being the problem with the country and threatened to ‘deal’ with us. All of this was without provocation. Another officer who I spoke to insisted on collecting bribes from us before letting us go. A third officer let us go after he found out I was from a neighboring village to his. On getting to the Orlu Zonal Police Command where the soldiers were camped, we met with similar hostility from the security agents there who ordered us to leave,” Onuorah recounted.

There were several reports where journalists were subjected to violence, and their cameras seized by security forces anxious to stifle coverage of their brutalities against protesters, especially during the 2020 #EndSARS protests. Sadly, in the aftermath of the #EndSARS protests, some journalists paid the supreme sacrifice as has been the case with reportage of such events in Nigeria.

On October 29, 2020, the Committee to Protect Journalists (CPJ) reported that 12 journalists and five media outlets were attacked during the #EndSARS protests that erupted across the nation and the attendant violence. “It is a tragic irony that journalists have been repeatedly attacked, including by uniformed members of Nigeria’s security forces, as they report on protests against police brutality,” the CPJ lamented.

According to data documented by ARTICLE 19, through the period of January to October 2020 a significant increase in assaults, arrest and prosecution of media were recorded in Nigeria compared to 2019 with over 60 journalists being affected in 51 incidents.

“Unfortunately, not much is being done to ensure safe spaces for journalists to report which is quite discouraging to say the least,” a Nigerian journalist bemoaned.

He says that in fact, quite a number of journalists have fled the country for fear of their safety and some others are in the process of doing the same.

This, he said, was equally facilitated by the fact that the journalism profession is one of the most poorly remunerated in the country, considering the risks involved and in addition, some journalists are owed salaries for months by their employers, which is inherently brutal.

According to a press release by the local office of the Convention of Young Reporters of Senegal (CJRS) and the Association of Information and Communication from Ziguinchor (APIC), there were threats and physical attacks on six journalists at Ziguinchor bus station on Wednesday, September 1, 2021, as they tried to report on a possible increase in travel fares. The statement said two of the journalists were physically attacked with the camera of the correspondent of SEN TV channel damaged.

Mohamed Tidiane Ndiaye is the President APIC and Point Focal SUD CJRS. For him, given the sensitive context in Casamance for the media and electoral prospects, such verbal and physical attacks could open the door to other actions on journalists.

Reporting is supported by a micro-grant from Jamlab