After the ban, can WhatsApp still work for the media?

As WhatsApp cracks down on automated bulk messaging from December, various media organisations and publishers will bear the brunt 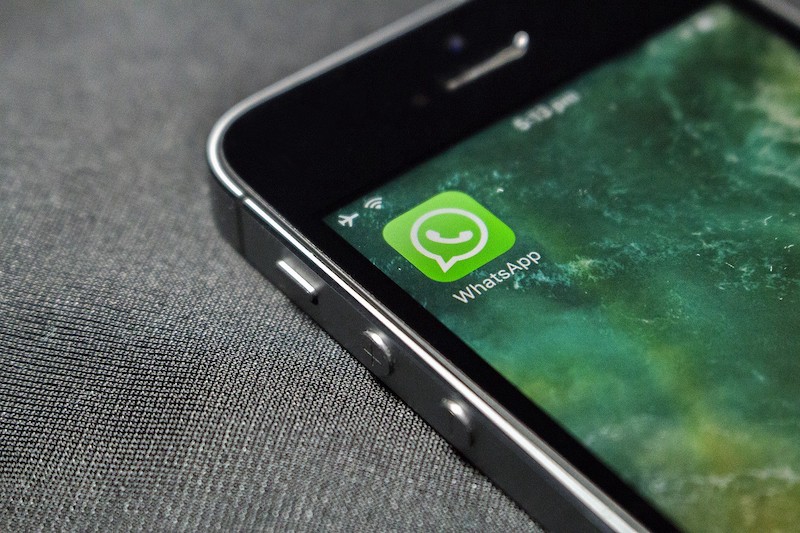 As WhatsApp works to enforce their “no automated or bulk-messaging” terms, we spoke to three local media and civil society organisations which have been using WhatsApp to connect with their audience about using the platform and finding ways (if any) to continue publishing on it.

At our most recent event on the 16th of July, Koketso Moeti, founding executive director at Amandla.mobi, Phillip de Wet, associate editor at Business Insider South Africa and Kate Wilkinson, acting deputy chief editor at Africa Check discussed possible ways of using WhatsApp after the ban is in place.

WhatsApp has 1.5 billion active users and according to We Are Social’s Digital 2019 report, 90% of South Africans who use social media use WhatsApp. Our own research showed how WhatsApp is particularly valuable for those on lower incomes due to its relatively limited use of data. So it’s no surprise that the media and other organisations started using the platform to publish content and reach and engage with a wider audience.

Amandla.mobi uses technology to campaign for social issues affecting South Africans and it relies on platforms like WhatsApp to mobilise people for campaigns. “We use different mobile tools and online platforms to bring people together to take actions on campaigns. We don’t have a fixed way of using WhatsApp because we run so many campaigns so our usage of WhatsApp varies from campaign to campaign,” explained Moeti.

Business Insider South Africa publishes a daily WhatsApp newsletter to a large list of subscribers. “When I was invited to this event WhatsApp was a vastly important platform for us and since then, in the last two weeks, it has become a zombie platform for us. As of the 7th of December, we will be shutting down our WhatsApp newsletter forever which means we will be dropping tens of thousands of subscribers because WhatsApp has changed its rules,” says de Wet.

Another media organisation that may be in the firing line is Africa Check. The organisation, in partnership with a 2017 jamlab accelerator team, Volume News, created What’s Crap on WhatsApp. It is a monthly WhatsApp podcast which debunks the “worst fake news and misinformation shared on WhatsApp”. Their joint project verifies the authenticity of messages shared in WhatsApp groups. They send out a 5-minute WhatsApp voice note debunking these messages to those who subscribe.

“Our idea was to gather misinformation on WhatsApp and debunk it and circulate it on WhatsApp in a format which works for WhatsApp users. The What’s Crap On WhatsApp service is a way to fact check dodgy (or mis-) information on viral messages on WhatsApp. Each month we debunk the most shared or potentially dangerous hoax and then we produce a 5-minute long fact show that is then sent back to people on WhatsApp,” says Wilkinson.

As these organisations try to navigate and find strategies on using WhatsApp in news and campaigning, WhatsApp is trying to cut down on the spread of misinformation on the platform and this impacts how the media can use the platform. The announced changes to WhatsApp’s rules and practices highlights the risks of depending on third-party platforms to distribute your media.

Wilkinson says she is still hopeful that they will work out a solution with Facebook, WhatsApp’s owners. “We have a grant from the International Fact-Checking Network (IFCN) and in terms of the December crackdown we are obviously concerned about it but as a fact-checking organisation we seem to occupy a different space as opposed to the traditional media and that’s because at least for Facebook we offer a service they need and we are good PR for them.”

She says because of the space they occupy as a fact-checking organisation, they are looking to have a conversation with WhatsApp because misinformation is a big issue for them. They are hopeful that they can find a way to work with them as a platform and keep the voice note shows going.

De Wet is much less optimistic and says Business Insider has had a different experience with Facebook.

“Facebook absolutely wants to kick us off their platform, WhatsApp. This is mainly due to WhatsApp getting in trouble in countries like India, because of misinformation on the platform, so they have made the decision that they do not like content on their platform — they want WhatsApp to be a bi-directional platform.”

He added that Messenger, Facebook’s other messaging platform and other platforms are trying to find a new work around , “they are working on releasing an app that pushes a message on our behalf, a message that says Business Insider has uploaded new content…But this means we are still relying on two third-party platforms which can kick us off any day so we have decided to use our own app. That means we would be losing thousands of subscribers and we can’t do anything about it.

“And one lesson we have learnt from this is to never ever rely on someone else’s platform no matter how good it is,” said de Wet.

At Amandla.mobi the team uses multiple platforms to reach people for the different campaigns they run. This includes email, USSD and WhatsApp and Moeti suggested that media should consider a multi-platform model, so they do not have to rely on one single platform in case the rules of the platform change.

“I think the media should think of other ways that they can write for platforms such as WhatsApp because news is becoming even more critical in the current space. As more and more people get their news via WhatsApp the media needs to remember that WhatsApp is more for personal conversations and that means people’s behaviours and etiquette are different. The media could learn the different etiquettes on the different platforms because these are important in thinking of how to use these tools or platforms in news,” said Moeti.

According to the latest Reuters Institute, Digital News Report 2019, the proportions of users sharing news on instant messaging platforms in growing in the global South: “social communication around news is becoming more private as messaging apps continue to grow everywhere. WhatsApp has become a primary network for discussing and sharing news in non-Western countries like Brazil (53%) Malaysia (50%), and South Africa (49%).”

As WhatsApp works towards reducing misinformation on its platform and banning the media industry from sharing news on it, it is essentially cutting off a large percentage of the audience who rely on WhatsApp for news. Some attendees at the breakfast discussion suggested that maybe the media should try other platforms such as Telegram, but these are much less popular. Telegram has 200 million users worldwide compared to WhatsApp’s 1.5 billion users.

This is not the first time, digital media publishers are having to adapt to the changing platform landscape. It is unlikely that media producers can ignore the platforms, but it’s clear that they need to manage the risks of changes in terms of service or in algorithms that deliver messages or content. Perhaps they could consider a multi-platform approach so that they have more than one way to reach and communicate with their audiences may be key to future growth.