African newspapers can be anti-African too, research finds

Research finds that reporting misrepresents Africa, and portrays Africans as inferior and dangerous perpetuating an ideology of othering that emphasises the west as superior and Africa as inferior 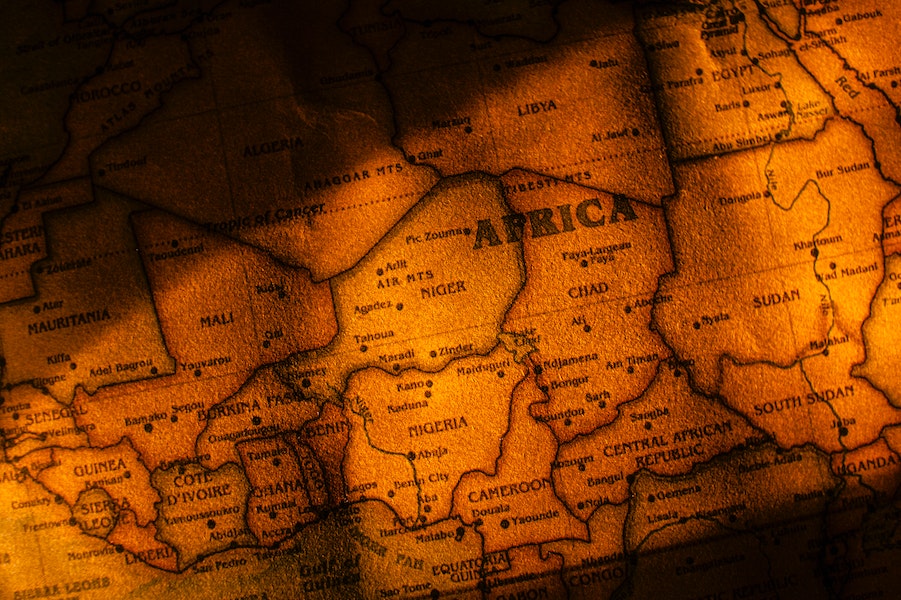 Following the recent outbreak of monkeypox in Europe and North America the international news media were accused of bias in their reporting. The accusation is that media outlets perpetuated negative stereotypes by, for example, portraying monkeypox as a disease that affects only African people, or people of African descent.

The accusations stem from editorial decisions to use stock images of Africans, people of African descent, or people living in Africa, when reporting an outbreak that predominantly affected countries in the global north.

The Foreign Press Association, Africa said these types of reports showed a “glaring lack of dignity afforded to black and brown-skinned victims of disease outbreaks.”

Numerous pieces of research have shown that western media misrepresent Africa when reporting on diseases, and portray the west as superior and Africa as inferior.

My findings, in a recently published paper, show that African publications can be just as guilty of this. I looked at media coverage of the 2014 Ebola outbreak as well as the COVID-19 2020 pandemic in two newspapers – the South African daily, the Sowetan and the Nigerian daily broadsheet, the Daily Trust. Both papers reported on both outbreaks.

I also reviewed literature that looked at news reports on diseases such as HIV and Aids as well as cancer.

My research showed that the reporting misrepresented Africa, and portrayed Africans as inferior and dangerous. In doing this, they perpetuated an ideology of othering that emphasises the west as superior and Africa as inferior.

I looked at the language used in these newspapers, as well as the volume of coverage by subject matter and by country. I considered close to 200 news reports on the 2014 Ebola outbreak and the 2020 coronavirus outbreak published by the Daily Trust and the Sowetan. They are among the most widely read and distributed in their respective countries.

I chose to focus on two 31-day periods: 1 August 2014 to 31 August 2014 for Ebola and 23 March 2020 to 23 April 2020 for the COVID-19 pandemic. These periods were chosen because they marked significant developments in the Ebola and coronavirus outbreaks. My focus was on how language and images were used.

I quantified the coverage: first in terms of continents and then on a country-by-country basis.

Figure 1 shows the number of news reports on the 2014 Ebola and 2020 coronavirus outbreaks at continental level. Figure 2 breaks this down further and shows which countries received the most coverage in the publications and period considered.

When it came to the 2020 coronavirus outbreak, three of the four most reported on countries were western countries – America, Italy and England. All had very high rates of infection and death. The fourth most mentioned country was China, where the outbreak originated. 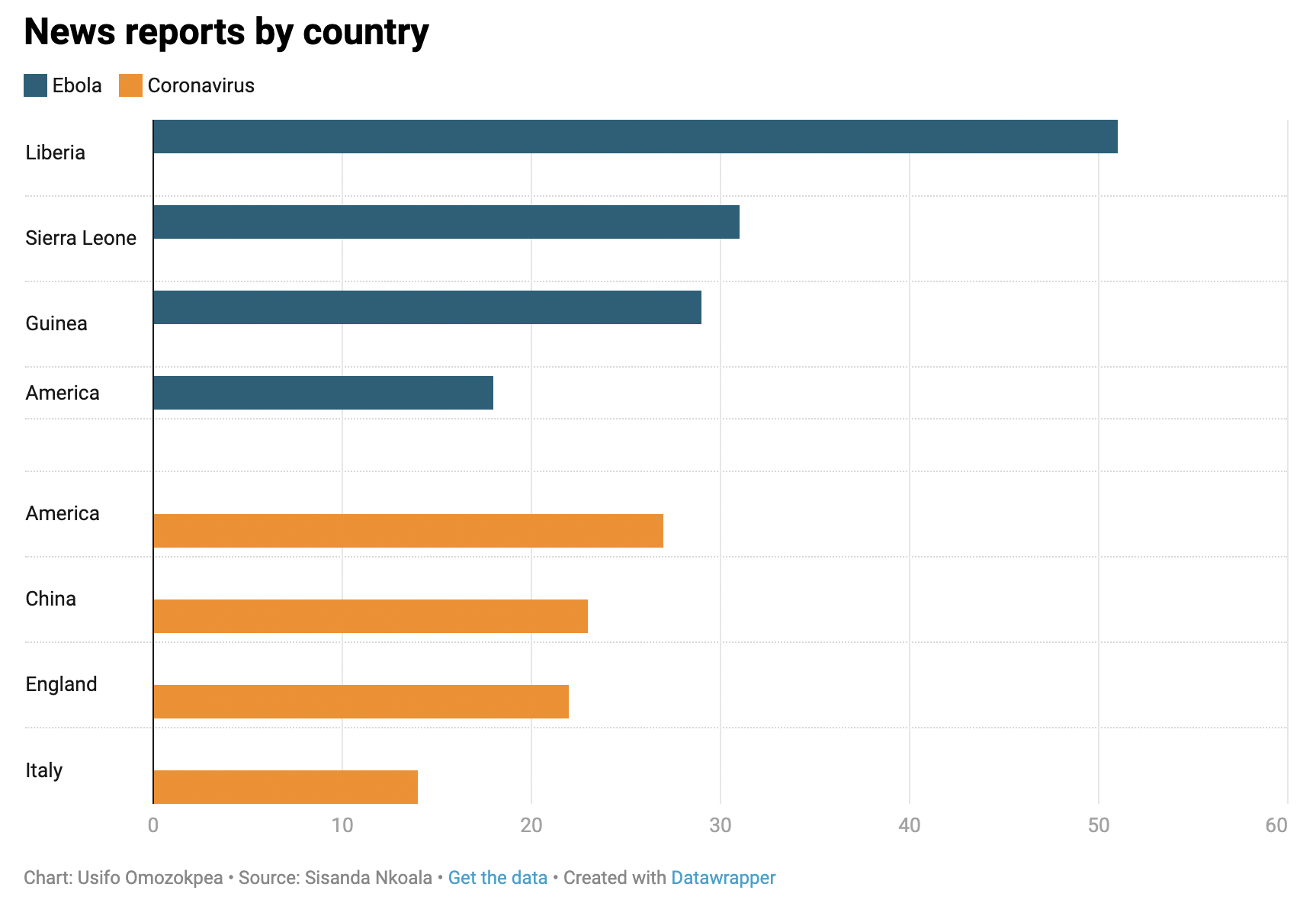 Next I analysed the headlines and the body of the articles to understand how words were used. The framework I used, known as the ideological square, is rooted in a view of language-use as something that advances ideology, particularly in how it includes and esteems through references to “us” and excludes or disparages through reference to “them”.

This “us vs them” perspective is commonly known as othering or otherness.

Take the reporting on the first European Ebola victim as reported in The Daily Trust.

The first European infected by a strain of Ebola that has killed more than 932 people in West Africa, Spanish priest Miguel Pajares, was stable in Madrid.

The infected person is named, and the report goes as far as to tell us he is a priest, a role that carries positive connotations.

But reporting on the first Ebola victim in Nigeria used words like “importer” and “suspect”.

My research showed other differences too. For example, when it came to the coronavirus, the fact that African countries kept deaths and infections to a minimum was de-emphasised. Instead, the emphasis was on the donations western countries were making to African countries.

When it came to the economic impact of the coronavirus outbreak, the reports emphasised pessimistic forecasts on how African countries would be affected.

The outbreak of a disease, whether local or global, is not merely a public health matter. It is also a health communication issue, as people need information to help them respond. Established information sources, such as newspapers, become critical in shaping how the public understands and responds to the crisis.

But media sources play another role too – they frame how issues are seen. My research confirmed that the coverage perpetuated the “us versus them” ideology. The articles reflected negative self-representation of the African continent and positive other-representation of western countries in the same way as western newspapers often do.

Sisanda Nkoala is senior lecturer at the Cape Peninsula University of Technology. This article was originally published in The Conversation Africa.