While threats to journalism in Africa can seem immovable and discouraging, there are diverse and multi-layered interventions that can be game changers 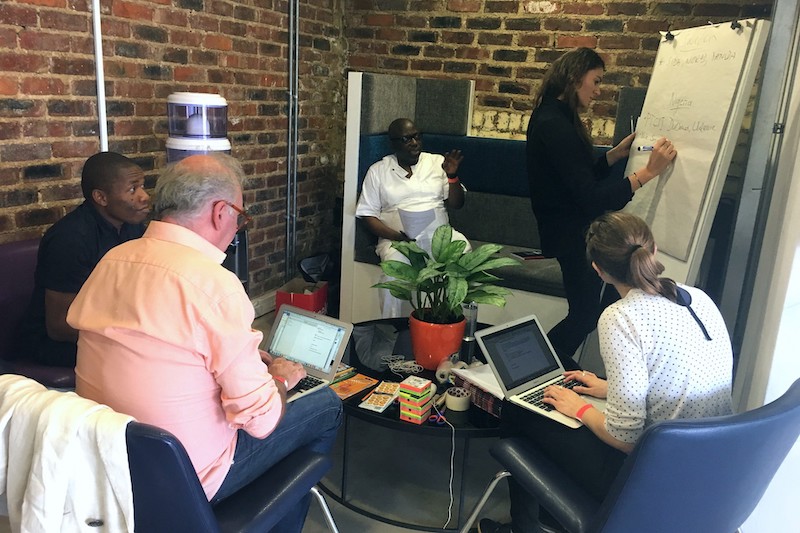 We share five areas that need decisive attention by media in Africa, from business sustainability to public trust, as well as some of the practical steps to address them. Read on for some of the best ideas pooled from a recent workshop hosted by JamLab and the Fojo Media Institute at Linnaeus University in Sweden.

1. Start with what you have

Conversations about how to address media challenges often focus on completely new solutions, instead of using possibly untapped potential in already existing systems, flawed as they may be. To change this, Indra de Lanerolle, director of Jamlab, says that at JamLab, we’ve been taking the approach of “thinking about innovation as reparative, starting with what we have and then looking at what we can do with it.” A beginning point may be creating a personal or organisational inventory of possible resources, including individuals and groups that support independent journalism in your area, such as the Institute for War and Peace Reporting in Kenya and BBC Media Action in Zambia, as well as events like Press Freedom Day and funders like the Konrad Adenhauer Stiftung or the Open Society Foundation.

Tapping into these resources is not just a case of using them, but critically considering their function and effectiveness, including whether the ways systems have been set up are most conducive to supporting their communities. Bilal Randeree, Africa director of the Media Development Investment Fund, says that, “South Africa has a strong history of organisations supporting free and independent journalism, but some of these are now struggling. The financial pressures that have hit the media industry in general have made it difficult for some organisations to maintain their membership and funding.”

Even when interventions are being implemented well, there needs to be an ongoing focus on whether the efforts will be practically helpful and bring about change, with an aim to go deeper not just wider. Wendy Trott from Luminate, reminds us that, “We need to understand the constraints within which journalists work and ensure that training is useful to them in that context, and not that we keep trying to force them to do something additional or tangential to their core work.”

One somewhat controversial step towards this is conceding that innovation does not always mean a move towards more digital media. Filomena Mairosse, project manager for Maputo Fast Forward in Mozambique, gives the examples of a community organisation that taught citizen journalism in the form of writing out stories by hand and putting them up in community centres as well as illustration journalism, especially for illiterate audiences.

A key threat to African media is how to develop, reinvent and strengthen business models, income streams and sustainability models. This comes in a variety of ways, such as a decline and narrowing in donor funding, a decrease in government advertising affecting independent publications, as well as shrinking budgets and cutbacks. It should therefore not come as a surprise that the possible solutions are also diverse rather than one silver bullet.

One way to increase income from existing content streams would be to offer bundled paid membership options such as digital news and magazine sources sold together, suggests Trott. This would address the issue of audiences being reluctant to pay for paywalls, since they may read widely. Since this brings up concerns about how far subscribers are pushed to pay for media , another avenue would be to re-purpose content in new ways. Samantha Pilane from the INK Centre for Investigative Journalism in Botswana gave the example of an investigation on human rights violations against asylum seekers in Botswana, where they had unpublished content, video footage’s and photographs that can be re-purposed and sold to other publications.

On a more macro scale a media company’s advertising revenue could be strengthened by negotiating tax changes, such as tax breaks for media organisations that receive government advertising. De Lanerolle points out that while big companies like Facebook and Google often hold big advertising revenue in African countries, they usually don’t pay taxes there.

3. Use political and regulatory threats as opportunities

The key here is to use industry internal as well as public support to mitigate or even avoid these effects. Cris Chinaka, editor in chief of Zimfact gives the example that while press freedom activism by media has been ongoing for years, the recent shutdown of the Internet has meant media organisations are, “getting significant support from the public, which was directly affected by the shutdown and now appreciate the importance of access to information and media independence.”

Collaborating internationally could be another powerful solution. Media practitioners could establish a network of data scientists and journalists to find ways in which they can access public records when there is an absence of laws that promote access to information. Developing regional trackers for press attacks and state repression may also be effective.

Another key challenge facing African media is wavering trust in the media, especially in light of the rise of social media and digital misinformation. Chinaka says that recent events in Zimbabwe showed that misinformation, specifically various versions of events, cause a significant problem for journalists wanting to represent the truth. While he admits that the necessary resources would be significant, he says, “Journalism needs to launch a fight back to tell a verified story.” He recommends increasing fact-checking work and establishing trust indicators digitally as practical strategies.

In terms of public trust in media, transparency is key. Trott gives the example of an infographic published by data analytics firm Odipo Dev in Kenya with support from Luminate that demonstrated who owns main media houses in the country, and how this had a significant impact on sentiment. Mairosse agrees by saying that, “Media publications should disclose where funding came from,” perhaps even as a legal imperative. She also suggests that townhall spaces should be used more by journalists to create connections with the public and expand trust.

Another area to address that would strengthen African journalism on a greater scale is skills gaps. Journalism schools often are not able to keep up with industry changes, and some lack teaching staff with up-to-date and extensive practical experience. Mairosse says that a (sometimes inadvertent) cause of this is, is that these, “Academic spaces are often not encouraging you to step into the journalistic field, but rather step into academics immediately.” She aims to combat this by creating agreements between media companies and universities to channel students from the academic field into a professional media environment more easily and fluidly through exchanges and internships across the continent.

On the other hand, skills gaps are occurring when more senior journalists leave newsrooms, which results in a lack of mentorship, which led to some to question whether higher incentives need to be offered to actively bring more experienced journalists back into the field. Chinaka gives a successful example of this, which his organisation applied during a major fact-checking exercise, where they purposefully brought together three generations of practitioners. He calls this the ‘EEE’ model, combining “experience, the enterprising middle and energetic millennial’s” to support each other.

The above areas that need decisive attention are but a tip of the iceberg of innovative ways in which news organisations can do to tackle the challenges they face. News organisations need to reflect and consider which of challenges and solutions are relevant to their institutions and how they would make changes.