bird stories are targeted at Africa’s mobile-first audience and encompass audio, video, graphics, and text by contributors from across the continent 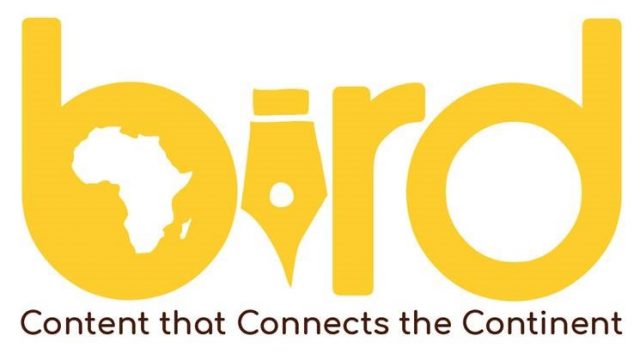 It has been just over a year since Africa No Filter, a not-for-profit organisation that aims to change the harmful narratives surrounding storytelling about the African continent, launched bird. Bird is a story agency created to further drive this change, one which executive director of Africa No Filter Moky Makura calls “the first of its kind” in the media space. Bird stories are targeted at Africa’s mobile-first audience and encompass audio, video, graphics, and text by contributors from across the continent.

Makura spoke to Jamlab about what the story agency has achieved in the year that it has been operating.

1. How did the bird news agency come about?

bird was the result of research by Africa No Filter into how Africa is represented by African media. Findings from the research showed that how African media covers Africa is problematic in a number of ways, including that harmful stereotypes are often reinforced in Africa’s own media. Africa No Filter’s reaction was to create the bird story agency – a platform that offers content to media publishers and platforms across Africa, building a body of content large and powerful enough to change the narrative on and in, Africa, for good.

In May 2021 a grant was provided to African content specialist, Africa InSight to build a pilot programme for bird and in December 2021, the programme was extended under “bird 2.0”. Would-be partners can sign up for the service on the bird homepage.

2. What is the mission of bird?

bird’s mission is to displace dangerous and harmful stereotypes about Africa and Africans by offering readable and relatable stories that are nuanced and contextualised, told by Africans and commissioned by and widely distributed on an African news agency platform.

3. Who are you targeting?

4. What has been the uptake from readers, publishers, and journalists?

bird stories are amongst the most-read content on several important African content sites, with over 50 sites and organisations signing up to receive the content. That includes major news organisations like Arena in South Africa and Nation Media Group in East Africa. The reaction has generally been very positive.

5. How can publishers get involved in using your content?

To use bird content, publishers must sign our agreement, which requires that they use our ‘counter snippet’, a piece of code that allows bird to count how many stories are being read.

6. How can journalists get involved and what kind of stories are you looking for?

Journalists can write stories for bird by offering story ideas that will help change stereotypical views of the continent. Ideas can be sent to the commissioning team. If the team likes the idea, the writer will be asked to pitch a story using the pitching guidelines provided by bird. Stories should preferably be produced in multimedia, ie photos, and video as well as a written story. The images can be shot on mobile phones (mobile journalism). Would-be contributors can also join the bird editorial group by emailing a request.

7. Which regions are coming up with the most surprising stories?

To date, a lot of our top stories have come from Zimbabwe. That country has a rich vein of talented writers and videographers as well as interesting and often surprising topics, that are well received across the continent. For example, a story that did well on platforms in Nigeria was that of a Zimbabwean mother and two daughters who started a successful hydroponics business from their yard in Harare. Another was a woman entrepreneur whose smoothies include local ingredients like baobab seeds. Nigeria has provided some top stories, too, including several on animators in that country and a number of entrepreneurs, like the former TikTok manager who returned to Nigeria to launch a fintech startup. Another recent story told of the Benin bronze casters who have been at work in a street in that city, casting the famous bronze heads and other figures, for some eight hundred years.
A young woman footballer hailing from a Muslim region of Cameroon broke stereotypes in and of, West Africa, as did the story of a woman cab driver in Cairo.
Most of our ‘virtual newsroom’ or Nest, personnel hail from Kenya and Uganda and we do find quite a few stories coming from that region, too.

8. Are you satisfied with the coverage that different regions on the continent receive or would you like to see more stories from certain countries?

We’d like to see more stories from French-speaking West Africa and the Sahel, as well as from Tunisia, Algeria and Morocco. Sudan deserves more coverage, while we’d also like to see more stories from Mozambique. We need to ‘see’ ordinary people and their regular lives, in these countries, in order to break with a narrative of poverty and helplessness and replace that with a new narrative, one of agency and change wrought by a young, innovative, connected and energetic population. This is the Africa we at bird are seeing when we travel the continent and it should be the Africa we’re all familiar with, the Africa we see in our mind’s eye whenever a city name or topic comes up – displacing images of Africa created by breaking news stories or localised emergencies that are statistically insignificant on this vast, rich, busy continent.

9. Why is it important that African storytellers take back the pen?

‘Taking back the pen’ serves a number of crucial functions. Most important, it means we can tell stories about ourselves, which gives us agency and power. But it also means we own the creative means. According to Africa No Filter research, a significant proportion of the content Africans consume about Africa comes from foreign news agencies. What bird does is ensure that content is both created and distributed by Africans.

We also take a step beyond ownership of that means: bird offers a unique perspective; one in which our characters are local and yet our vision is continental; we ask that our writers be self-aware as Africans, rather than as Kenyans or Ghanaians, that they consider their pan-African readership when they start imagining their story. How will this appeal to African readers all over the continent? Why would they / indeed, would they, want to read this story? That’s the first question bird writers ask themselves.
So bird strives to ensure that owning the pen goes beyond lip service; we as Africans need to own not only the pen but the entire media ecosystem. And what we write for ourselves then needs to resonate far beyond our shores.

10. What training opportunities does Africa No Filter to journalists to improve their skills?

While bird does a lot of on-the-job training with journalists as part of everyday operations, Africa No Filter has partnered with the Thomson Foundation to offer a training module on writing news content in Africa, while several other Thomson courses are now also offered free.

11. Are there other similar services on the continent?

bird is the first story agency of its kind. While we may gravitate towards a full-blown news agency in the future, there is nothing like bird out there at the moment and we’re proud to be bringing a unique model for content distribution, to the African media ecosystem.
READ MORE:
How to tell an African story
How is business reported on in Africa?
AFRICA NO FILTER AFRICAN STORYTELLING BIRD