A new way to monetise digital content — take it to the stage! 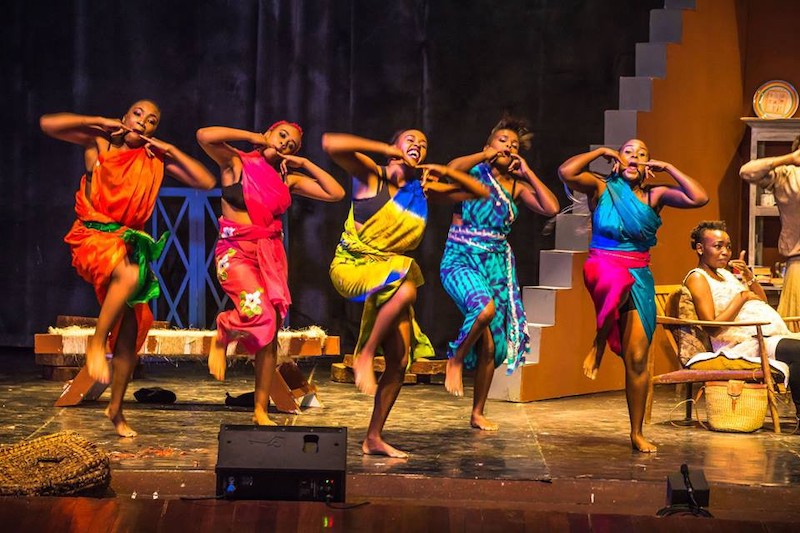 The struggle for a viable business model continues to be a headache for most digital media — from independent bloggers to large media publishers. Nairobi is now being treated to a unique theatre performance that continues to offer a glimmer of hope, and suggests that with the right combination of creative collaboration and cultivating a faithful audience, stories can jump off the page and into real life — and make money in the process.

Now in its fourth edition, Too Early For Birds (TEFB) is a mix of straight-up scripted theatre, narration, poetry, music and dance that begun its life as a blog. The stories on Owaahh.com, written and curated by Morris Kiruga — are mostly of two styles. There are quirky listicles of amazing people in Kenyan and African history you’ve never heard of — such as 7 Most badass Kenyan gangsters, or 7 Most bizarre things banned by African dictators. The second version is deeply researched, vividly written investigative pieces that relied heavily on reconstructing court records and archival material.

The most popular article on the site for a while was The Sack of Imperial bank, an elaborate three-part series that detailed the internal fraud and pillaging that had led to the collapse of one of Kenya’s medium-sized banks. It was an electrifying story, possibly the best financial journalism that had been produced in Kenya’s journalism space in a while, and the mainstream media had missed it entirely.

“I started the blog because I couldn’t find the stories I wanted to read, and those I found, were written like academic articles or old school journalism,” Kiruga says. “They had little imagery, and were hard to read or even understand, which isn’t what writing should be. The Sack of Imperial bank was a natural progression from my original dream, to tell true stories vividly, to dig beyond the headlines. To let my readers become a fly on the wall.”

The story produced a loyal following of readers for the blog, and after a while two of his friends — writer and performer Bryan Ngartia and actor Abu Sense — pushed him to try and transform the stories on the blog into stage performances. The result was one sold-out show after another.

One of the most recent performance’s was titled Brazen, and it featured not only stories of fearless women in Kenyan history, but also an entirely all-female cast and crew — all the scripting, lights, tech, sound; everything was done by women. Four of the five shows were sold out, sometimes days before the event.

“There’s a real hunger for our own stories and excavating our own history. And having women’s stories is particularly important in this moment,” Aleya Kassam, one of three co-writers of Brazen tells me.

“I was nursing this idea of putting together an all-women show, so I reached out to co-writers Laura Ekumbo and Anne Moraa. We then went to Ngartia and Abu Sense, hoping to build from the buzz that the early shows had already created. But our condition was that they had to step aside completely, and they did. We were able to use the infrastructure that TEFB had already established, but now with our own creative direction,” she says.

The fact that the show began as a popular blog with its own faithful following was a big part of its theatrical success.

“There’s an audience for theatre in Nairobi, but it’s always the same small group of people revolving around the same kinds of shows. The first Too Early For Birds broke that mould, and redefined the type of audience that would attend a theatre performance,” Ekumbo tells me.

But surprisingly, they didn’t receive universal acclaim from the ‘theatre crowd’.

“They [the theatre experts] told us that the show wasn’t theatre enough; it didn’t adhere to the conventions. But the response from the audience has been overwhelmingly positive,” says Ekumbo.

“We had a hashtag #ToBeBrazen in the days surrounding the show, where we invited people to share stories of brazen women in their lives and families. People had some incredible stories — like one who said my grandmother burned down her own house rather than turn it over to colonial authorities.”

But researching and writing women’s stories specifically presented its own challenges.

“We found the stories but also had to reimagine and reconstruct a lot of the material. In previous TEFB shows there was a strong emphasis that the stories all had to be strictly factual. That was a problem for us because women are footnotes in historical records and official sources.”

Mekatilili, for example, was exiled 1,200km from her home by the colonial authorities, and walked all the way back. A factual reading of this would emphasize the 1,200km, and perhaps the route taken, Ekumbo says. But the way Brazen told it was focusing on what such a long walk does to the human body — toenails falling off, blisters bubbling to the surface of your skin — it was a vivid and emotive description that more than did justice to the horror of the moment.

“Theatre is a unique medium because you are immersed in it; you are being taken through an emotional experience. You can’t turn it off. You could stand up and walk out, but that could cause a scene, and anyway, you’ve paid for a ticket,” Ekumbo says.

The most exciting thing about the show is the new life and energy it brings to Nairobi’s creative space as a whole, especially in the way that it deliberately fuses art forms — journalism, historical reconstruction, narration, music and dance.

“TEFB exists as an imaginative space. I hope it sparks many more storytelling forms,” says Ekumbo.

“A lot of the shows depended on goodwill and generosity from people who believed in it,” Kassam adds. “Yes, we had four sold-out shows and paid the crew, but if we were to cost the six months it took Anne, Laura and I to go through the writing process, we have technically made a huge loss. Each of us had day jobs, we worked Friday to Tuesday out of my parents’ house, who gave us space and fed us through those months. Without that support system, this wouldn’t have happened,” Kassam says.

“I dream of putting up the show again with more resources this time, perhaps from corporate sponsorship, that would allow us to value the writers correctly.”

There certainly seems to be new hope for the viability of a badly battered media environment, going by journalist Dickens Olewe’s tweet in response to the show: “Lessons for [Kenyan] media. It’s all in here: content, niche, platform and monetisation.”